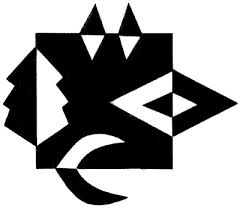 “If the physician clearly perceives what is to be cured in diseases, that is to say, in every individual case of disease (knowledge of disease, indication), if he clearly perceives what is curative in medicines, that is to say, in each individual medicine (knowledge of medical powers), and if he knows how to adapt, according to clearly defined principles, what is curative in medicines to what he has discovered to be undoubtedly morbid in the patient, so that the recovery must ensue – to adapt it, as well in respect to the suitability of the medicine most appropriate according to its mode of action to the case before him (choice of the remedy, the medicine indicated), as also in respect to the exact mode of preparation and quantity of it required (proper dose), and the proper period for repeating the dose; – if, finally, he knows the obstacles to recovery in each case and is aware how to remove them, so that the restoration may be permanent, then he understands how to treat judiciously and rationally, and he is a true practitioner of the healing art.”    Organon, Aphorism 3

Apply what is curative in medicines

This is a phrase that may seem strange at first glance. Hahnemann did not say, “apply medication” or “apply curative drugs,” but: what is curative in medicines. And what does that which is “curative in the medicine” apply to? to what the physician has identified as pathological in the patient.

This subtle statement may be explained in many ways; The first is that in practice, a drug known to produce, say, 1000 listed symptoms, will only focus its action on the few pathological signs the patient is presenting. Thus, only part of the curative properties of the drug applies to a specific group of symptoms recognized as characteristic to the patient.

On the other hand, on the patient’s side, it’s out of the question to prescribe a remedy covering all his symptoms, especially if they result from the expression of several superimposed miasms. It is the practitioner’s task to unravel this tangle and prescribe based on the active miasm.

The phrase “what is curative,” describes our entire pharmacopoeia, which is based on the properties of substances capable of making people sick. In addition, Hahnemann here is probably trying to differentiate between the properties of the “coarse” chemicals used by old school medicine, and the subtle properties of potentized substances as highlighted by tests on healthy humans.

Thus, what is curative in each drug should be determined according to each individual case. This is the principle of Individualization, blithely violated every time we prescribe randomly based on blurred principles, to say the least, namely, when drugs like Histaminum or Folliculinum, for example, are prescribed to supposedly act on a “pathophysiological” level, leaving the patient in the lurch.

Potentizing drug substances releases latent levels of action in them (i.e. what is curative in them). No coarse drug can cure a patient because the disease is not due to a chemical imbalance but to a physical and energy mistuning (in lack of other words to describe it). Depending on their levels of potentization, the drugs act at different levels of depth in the living being to be treated. Here again, we raise the idea of ​​a flow ruling from within toward the periphery and maintaining the body in a state of harmony from the central nervous system via the spinal cord and peripheral nerves. While a coarse substance is quickly broken down and evacuated by the body, the potentized dose behaves like an infectious agent and gains access to subtle planes that we cannot yet scientifically describe.

That which is undoubtedly morbid in the patient

The principle of “what is curative in medicines” having to be applied to that which is “undoubtedly morbid in the patient” is one of the foundations of homeopathy.

Neither the drug nor the patient are the mere sum total of the symptoms which one may generate and the other present.

Each drug has what we could call an essence, an underlying theme, a leitmotiv, that it manifests differently through each organ. It is actually what we learn when we study the founding text of Guernsey, It is simply put the concept of keynotes. Hence, the undercurrent of Arnica is the theme of trauma, with fear of being approached and touched found at all levels; this is the central idea. It is that which is unique to this drug and which defines its healing properties.

Similarly, for healing to take place, what is undoubtedly morbid in the patient should echo this fundamental property of the substance. What is the leitmotif of the patient? What keeps coming up in him that can help us understand the main theme around which he is built?

A patient who is “constitutionally” Nux Vomica, for example, would describe his life (i.e. his perception of reality) as a permanent competition, the need to surpass oneself, no matter how much stimulants he ingests to help him keep going. This will transpire in his lifestyle, his hobbies, his language, his choice of words and phrases, his career, etc. Cure will happen because of the similarity between this underlying theme, and the theme of the prescribed remedy. It is as if there is an additional level of similarity beyond the mere resemblance of symptoms.  The idea, leitmotiv, essence, behind the expression of symptoms should be in tune with the theme of the prescribed drug.

In the provings of Nux vomica, there are many muscle spasms. Those are the “gross” signs of intoxication, making it a valuable medicine for spasms and convulsions. But experiments with potentized doses reveal signs of irritability and frustration. Initially, this has little significance, until we’re stricken by the frequent recurrence of the word work throughout the provings, along with the notion of ambition, the consequences of thwarted ambitions, etc. And that’s when the muscle contractions take on a whole new meaning; They stand for all the sthenic force of the patient, every muscle is in full alert ready to perform whatever task is required for survival.

Under this remedy, provers have all become sensitive to the slightest stimulus, very irritable and high-strung, and any disturbance aggravated them immeasurably. The idea that emerges is, « leave me the hell alone, can’t you see that I’m fighting for my survival! »

By reading the Materia Medica in this light, you will gradually be able to disengage the intrinsic properties of the drug from their toxicological coarse shell; in order to heal, drugs must be called for by what is undoubtedly morbid in the patient. What type of patients best fit this particular equation presented in Nux? Those who are lively, quarrelsome, irritable, inclined to work, and who live for their ambition and success.

We should therefore be able to see past (i.e. perceive) the ordinary symptoms presented by the patient to recognize what is undoubtedly pathological and morbid in him. To go back to our Nux Vomica subject, it is commonplace for all men to have the ambition to succeed in their work. It becomes a symptom only when the entire existence of the individual is centered on this notion. The criteria is intensity; it raises to the rank of “pathology” something that may not necessarily deserve to be seen as such in « normal amounts. »

To really cure such patient we need to prescribe the drug that has the highest similarity with what is undoubtedly pathological in him. We should definitely not base out prescription on psychology, his temperament or his physique, which are in no way morbid. Instead, we should identify all the signs representing a deviation from the norm and make sure to take into consideration the « backdrop » of the symptomatological expression: the famous theme.

Obviously, we could do with a certain similarity at given levels: just between the lesions produced by the drug, for instance, or between organic or physiological symptoms. But the highest similarity is that which covers the delusions, the common theme between drug and patient. It is the only way a cure, as Hahnemann intended it, can be achieved.