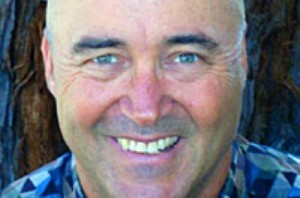 In this day and age of economically-challenging times for both individuals and governments, this report from the Swiss government has confirmed the efficacy and cost-effectiveness of homeopathic treatment. The fact that homeopathy is also widely recognized as one of the safest methods of medicine is but one additional special benefit for this natural medicine.

Ultimately, the Swiss government’s report was the most comprehensive review to date of any governmental body on the scientific evidence on homeopathic medicine. The Swiss’ “Health Technology Assessment” was a thorough analysis of a wide variety of clinical studies and laboratory research.(1) The report also reviewed the body of evidence on cost-effectiveness research for homeopathic care, and it even conducted its own cost-effectiveness study among Swiss physicians and patients.

The Swiss report found that total practice costs for physicians who specialized in homeopathic medicine had an overall 15.4 percent reduction in overall health care costs associated with their practice, as compared with physicians who practiced conventional medicine as well as those physicians who practice other “complementary and alternative medicine” treatments (but not homeopathic medicine). (2) The significant reduction in health care costs from homeopathic treatment represents a potential savings in hundreds of millions of dollars or more in many countries.

This significant 15 percent saving from homeopathic care confirmed from an independent Dutch study that analyzed claims from a major health insurer which also found a 15 percent reduction in health care costs associated with alternative medical care by physicians who were trained in homeopathic medicine, acupuncture, or anthrosophical medicine (Kooreman, Baars, 2011). The health economists who conducted this research concluded that the lower costs resulted from fewer hospital stays and fewer expensive prescription drugs. It is of further importance to note that the authors also found that patients who go to physicians who practice complementary and alternative medicine live longer lives too.

The Swiss government’s report on homeopathy also referenced numerous studies that evaluated the cost-effectiveness of homeopathic vs. conventional medical care for people suffering from specific health problems, including female fertility, rheumatoid arthritis, otitis media, respiratory allergies, and dyspepsia. Of special significance was the truly substantial difference between the costs of homeopathic treatment of women experiencing fertility problems as compared with women seeking conventional medical care. A study of children with upper respiratory tract infections found that children who received homeopathic treatment had fewer recurrences and lower antibiotic consumption than children using conventional treatment. Further, an economic assessment of 569 patients with rheumatic disorders found that 29 percent could stop taking their conventional medications, 33 percent could reduce their dependence on drugs, and only 6 percent chose to increase their medication once homeopathic treatment began.

In addition to reduced health care costs from homeopathic treatment, the report also noted reductions in various indirect costs, including some studies showing reduced days off from sickness in those patients under homeopathic care.

The Swiss report further discovered that patients reported better quality of the patient-physician relationship and fewer adverse side effects with physicians who practiced CAM, thus, leading the report to conclude higher cost-effectiveness for this type of medical practices.

The “appropriateness” of homeopathy as a health care option was also evaluated in the Swiss report, which the authors have divided into two sections: demand/use and safety. Based on the high demand of the Swiss population for homeopathy and the high levels of safety that is widely known about homeopathy, the Swiss report asserts that there is substantial appropriateness for homeopathy for the Swiss public. Surveys estimate that 57 percent of the Swiss population uses complementary and alternative medicine, and about 40 percent of all medical practitioners in Switzerland prescribed alternative and complementary medicine treatments and 62.5 percent were “in favor of CAM” (Rist and Schwabl, 2009).

Besides finding reducing costs to homeopathic treatment, the Swiss report referenced a significant number of randomized double-blind clinical studies showing efficacy of treatment from homeopathic care. Of greater significance, they found that 20 of 22 systematic reviews (meta-analyses) detected at least a trend in favor of homeopathy, with at least five reviews yielding results indicating clear evidence for homeopathic therapy. Although the Swiss report is not available online, interested readers with an interest in research published in peer-review medical journals will benefit from reading the numerous articles that I have published at this website in the past.

The Swiss report acknowledged that some clinical studies do not show positive results for homeopathy, though the authors of this governmental report note that most of these studies were conducted in a way that ignored some important principles of homeopathy, setting themselves up for a negative outcome and thereby creating a false-negative result. Skeptics of homeopathy commonly refer to a select group of seemingly high-quality studies that show that homeopathic medicines did not work, but these skeptics ignore the fact that many of these studies did not use the correct medicine for the condition. For instance, one study used a homeopathic dose of a medicine for weight-loss when it is well-known that there is no one remedy that will work for everyone who wishes to lose weight.

The bottom line is that large numbers of the Swiss population use homeopathic medicines and select other natural therapies. After a nationwide referendum in May 2009 that found a two-thirds majority (!) favoring the integration of CAM into the Swiss health system, the Swiss Minister of Health approved reimbursement by the government’s health program for five leading natural therapies, including anthroposophic medicine, homeopathy, neural therapy, phytotherapy/herbal medicine, and traditional Chinese medicine, for a test period until 2018.

In addition to the above research conducted for the Swiss government, other researchers in North America have found efficacy and cost-effectiveness of various “integrative health practices” (Guarneri, Horrigan, Pechura 2010). Data supporting the efficacy and cost effectiveness of an integrative approach to healthcare comes from three sources: medical research conducted at universities, studies carried out by corporations developing employee wellness programs, and pilot projects run by insurance companies.

The most famous words from Hippocrates, the Father of Medicine, were “First, do no harm.” In the light of the fact that homeopathic and various integrative health practices being so much safer than conventional medical strategies, it may be time for governments and insurers to follow the lead of the government and people of Switzerland.

(1) Although this Swiss government report was just published in book form in 2011, the report was finalized in 2006. In light of this date, the authors evaluated systematic reviews and meta-analyses on homeopathic research up until June 2003.

(2) The researchers of this cost-effectiveness study provided statistical adjustment for seven cofactors that would lead one treatment to have an economic advantage over the others, such as when a population of patients is younger or older than another groups.

Bradford T. The Logic of Figures or comparative results of homoeopathic and other treatments. Philadelphia: Boericke and Tafel, 1900. http://babel.hathitrust.org/cgi/pt?id=mdp.39015020118058