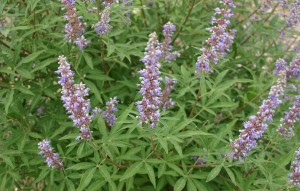 A lady, after her confinement, had flatulence, urging to pass wind, with little satisfaction; feverish, hot thirst, with great restlessness in all the limbs, as if lying on boards or pebbles. At first I could not see through it, then gave Nux Moschata 200, which swept the case clean in two doses.

Then she got in trouble because no milk came; breasts looked full, but no secretion. I gave her Agnus castus 200, and after taking two doses, three hours apart, she was obliged to stop; it produced such a tremendous aggravation. This is what arose : —

Great feeling of prostration, as if another dose would kill her; slight general perspiration soon after taking the medicine, which gradually increased and lasted all night, very profuse and soaking.

Breasts swelled, and felt tight, especially the right, with drawing pain, focusing at the nipple; the pain in breast relieved by laying the hand on; the hand, when withdrawn, was dripping with the perspiration from the body.

Not much sleep, and that very disturbed by dreams of cats biting, the terror of which lasted long after waking.

Aching pain at occiput, with bewilderment, as if she would lose her senses, and a feeling as if she could not speak.

Next day, itching rash, red and slightly raised, like sand under the skin, over most of the body, especially the back, thighs, and forearms.

Painful sense of swelling and bruisedness in the external genitals.

I gave her the medicine on the 5th, and the effects are now (the 7th) passing off; but the breasts are still empty.