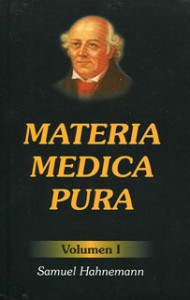 My friend E.J. Lee has just suggested to me to republish his excellent article on materia medica, initially published in the Homeopatic physician March 1881.

It is dedicated to all the new english students of Dr Broussalian,

“Homeopathically” yours   A. Lippe

Uundoubtely, the most perplexing problem presented to the student of medicine is the Materia Medica. His first idea on opening one of the manuals is that each drug has produced all the aches and pains which human flesh can ever feel. To him it seems useless to study more than one such comprehensive remedy, and perforce, one small bottle will contain all the armamentarium he will need to conquer any and every disease.

At first glance the student is appalled at the multiplicity of symptoms each drug has produced; to him, one drug seems to require a life’s study to clear up its therapeutic chaos. When, therefore, he is required to memorize hundreds of such drugs and to diagnose each from the rest, he deems the task beyond human accomplishment. Many practitioners lazily prefer routine prescribing, or worse, allopathic dosage, to attempting this task. Its alleged impracticability being used as a cloak for this laziness.

To practice homoeopathy one must find the simillimum remedy for each and every case; to do this he must individualize his drugs. That is, he must not only know the characteristic symptoms each drug has produced, but he must also know how these differ from similar symptoms of other drugs. Those who are too lazy to do this, resort to alternation of drugs or to palliatives, quinia, etc.; thus violate a tacit pledge and endanger life.

The Materia Medica is certainly a difficult study; it is a life study, but it can be mastered as far as is practically necessary. This has been done, and any man of average ability should be ashamed to acknowledge he can not do what others have done. In this work repertories are a great, and should be an ever-present, assistance. Yet they do not lessen the necessity for continual critical study of the Materia Medica.

The physician who has not studied and compared his remedies in the quiet of the study will scarcely be able to do so satisfactorily in the hurry and excitement of the sick-room. It is then indispensably necessary for the physician who would select his remedies with certainty, that he carefully study them beforehand and fix in his mind the varied symptoms which each produces and the differences between similar symptoms of different drugs. It is this comparison and individualization of drugs which simplifies and lightens our therapeutic task and clears up many a seeming contradiction. It is also by comparison that the true characteristic symptoms of each drug becomes apparent. If those who so loudly complain of the worthlessness of our Materia Medica, would study it more, perhaps they would find it more useful. But instead they close their books and resort to palliation and such-like, while waiting for others to perfect the Materia Medica. There are three points in which the student is apt to be puzzled in his study of the Materia Medica. These will now be considered.

1. “Where a drug has two apparently contradictory symptoms, one of which is characteristic. Such as aggravation and amelioration from same cause: or both constipation and diarrhoea, and so on. Thus Arsenic has aggravation and amelioration from lying in bed: this appears contradictory until it is remembered that Arsenic is aggravated by rest in bed, and ameliorated by the warmth of bed. Mercurius presents the same apparent anomaly, under opposite conditions, being also agg. and amel. by lying in bed, but here the agg. is from the heat and the amel. from the rest.

Again under Sepia we read “aggravation (of headache) from least motion;” in another place we find “continued hard motion relieves headache.” This we know is a peculiarity of Sepia, that a slight, easy motion aggravates, while violent motion, such as skating or dancing, alleviates. A somewhat similar peculiarity is that of amelioration from hard pressure, while a mere touch or slight pressure aggravates pain. This symptom occurs most prominently under bell., china, and nux vom.

Again, opium, the time honored remedy of allopathy for diarrhoea, causes constipation when used in massive doses, as its primary effect: while later action produces diarrhoea. Thus, while allopathic empiricism found opium useful in bowel complaints, only as a check for diarrhoea, homoeopathic law shows it to be useful for both diarrhoea and constipation; an example, furnishing a striking rebuke to those who claim that our law restricts.

In studying the Materia Medica we may learn to diagnose similar symptoms of different remedies by studying their concomitants or by the conditions under which they appear or are influenced. Thus, to illustrate, both rhus and pulsatilla have restlessness and under both it is very characteristic. In both the patient must move though it pains him to do so. Thus far they are alike; but the rhus patient finds momentary relief from this change, the puls. patient finds none. A rhus patient is improved by slow continued motion (though worse on commencing to move), out doors if not cold; the puls. patient is improved by slow motion out doors if it does not heat.

Another illustration is found in the puls. and sulph. desire for air, or dislike for a too close room; both want door or window opened. Under puls. this occurs often in labor or other trouble foreign to chest; under sulph. it is from a respiratory trouble. Arsenic and puls. have a similar thirst. The arsenic thirst is for small and frequent drinks, caused by a great burning, while puls. patient desires to moisten, or cleanse, the dry, clammy mouth. Arsenic patient takes large amounts of water which he vomits immediately; puls. has at times great thirst for large quantities which are not thrown up. Phosphorus also has this great thirst, but here the water is not vomited until it becomes warm in the stomach, Silicea and magn. mur. have a headache better from wrapping head up warmly. The silicea pain is better in doors and from rest, while the magn. m. pain is better from exercise in open air: in fact, compels one to walk about, and is worse when lying.

3. A third difficulty is where a symptom occurs under two drugs (or more), but is characteristic of one only. In the case just illustrated the symptom was found under two or more drugs, but there it was characteristic of both, as (the instance there given) the restlessness of rhus and puls.

In illustration of this point we may mention the weak, empty feeling in abdomen found under phosphorus; other drugs (merc, sanguin, etc.) have this symptom, but it is most prominent under phosphorus.

Most of those prominently characteristic symptoms, commonly known as “key-notes,” come under this head. Nearly all of these “key-notes” are found under more than one drug but they are generally characteristic of one only. Take, for instance, the great desire of children to be carried on the arm, which is so characteristic of chamomilla. This is found under ant. tart, ars., cina, ignat., kali c. and puls. Aconite has amelioration from being rocked or carried fast: cina, also, has amelioration from being rocked; ars. wants to be carried fast, puls., slow. Bromium wants to be carried fast on account of dyspnoea, often indicated in croup.*[For this, and many other indications, the writer has to thank Dr. Ad. Lippe.] These prominent symptoms are useful as guide-posts pointing out the right path: which path, if followed, may lead to the right remedy.

But one must be cautious not to prescribe from one single indication; still less should the careful physician prescribe one invariable remedy every time a key-note crops out. There is no one symptom which invariably indicates the one remedy. Each case of sickness has its peculiar symptoms; each drug has its peculiar symptoms; these should be compared, and when a drug is found whose characteristic symptoms are similar to those of the disease, then, that drug is the simillimum